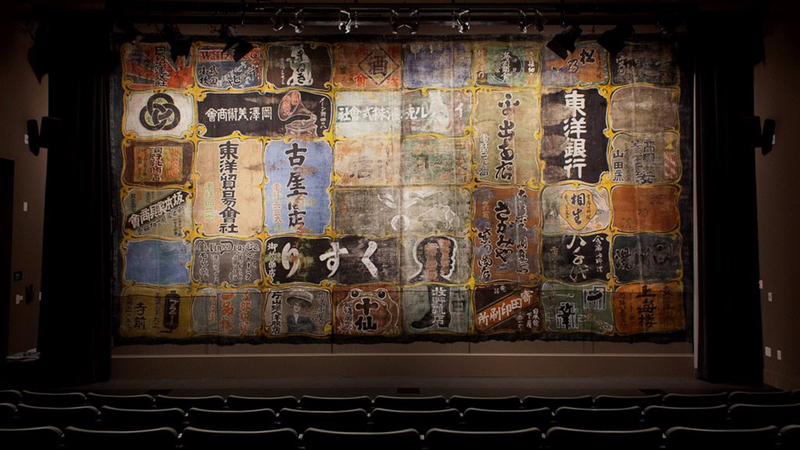 As a stagehand drew the heavy curtain emblazoned with bold advertisements of local businesses, another signaled the start of the shibai (drama) by sounding the wooden clacker with increasing intensity. Families and friends sat shoulder to shoulder and watched in anticipation for their relatives and neighbors to appear on stage. This was entertainment at its best: familiar tales, in a familiar language, even while far away from home.

Prohibited from sitting anywhere but balconies in theaters across the United States, the Issei (first generation) decided to build a space of their own. In 1909, Japanese immigrants collected funds from community members and created the Nippon Kan, which occupied the main floor of the Astor Hotel in the heart of Seattle’s Nihonmachi (Japantown).

If the Nippon Kan was the hub of the Japanese community, the shibai was the heart of the Nippon Kan. The new space bustled with community meetings, political debates and fundraisers throughout the week and martial arts competitions, memorial services and wedding parties during the weekends. On special occasions, the main room would be transformed into a movie theater, concert hall or stage for shibai performances that went on late into the evening.

During World War II, shibai endured behind barbed wire. Dance groups such as the Hatsunekai, Mimasukai and Yayoikai, all active before the war, took part in engeikai (talent shows). Japanese performing arts teachers stepped in to provide entertainment for Japanese and Japanese American incarcerees who welcomed the distraction from the harsh realities of daily life in the rural, isolated concentration camps.