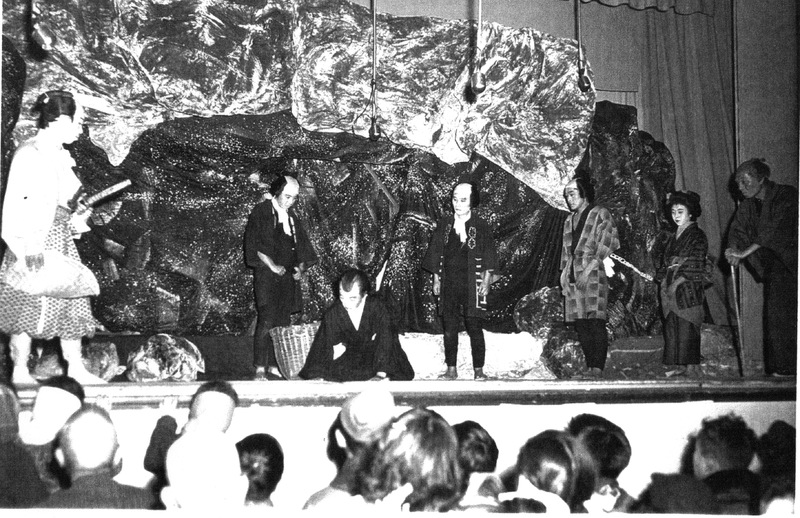 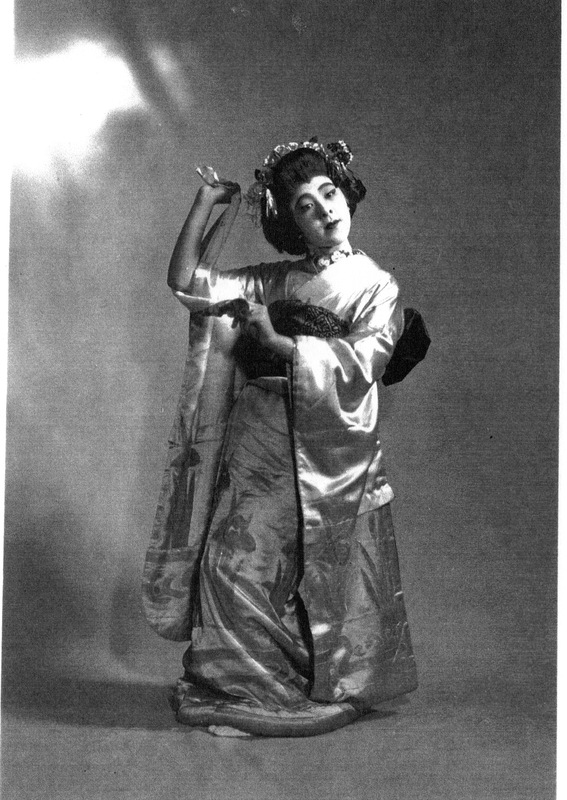 “My husband loved to do shibai. His mother, back in Japan, did odori (dance) and other things like that. I think that is why he loved those things. He was really good. He could read the book (script) once over and he would remember everything.

If someone else forgot something he would remember and tell them, ‘This is what it is.’ He liked kabuki that he was in. They would perform at Buddhist church or at Nippon Kan. He had katana (sword), a big one and the small ones. He was yakuza (a thug). My grandma sewed on his yakuza outfit.”

Fusae Yokoyama poses in her kimono before an odori performance, (c. 1947). Fusae learned odori from Mrs. Fukuko Nakatani and would dance odori between shibaiacts. Before she married her husband, Kazuo, she would watch him perform shibai at Nippon Kan, “where she fell in love with him.”