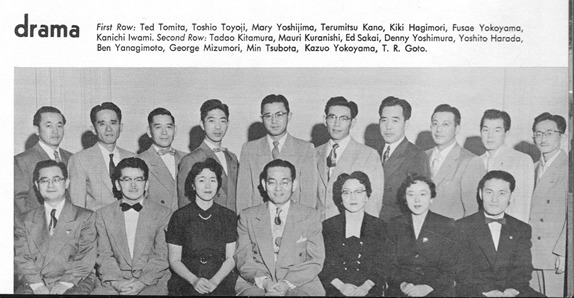 Several members of the Lotus Entertainment Group, who performed from the 1920s, are pictured in this 1954 photo of the Lotus Shoyukai Drama club.