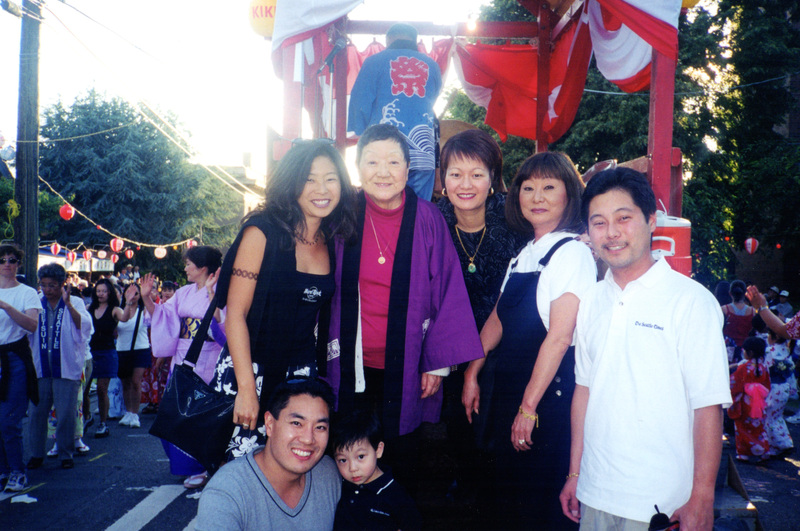 “It was a way for the Gojikai members (of the Seattle Betsuin Buddhist Temple) to have fun and carry on their culture after their nightly Friday meetings at the church. Practices would often continue into the weekend on the church’s gym stage. They’d run back and forth behind the stage changing into various costumes. It was a family affair between many of the Tomita’s, Hagimori’s, Harada’s, Shimizu’s just to name a few. There were also many after-hour social gatherings that took place at my bachan’s (grandma’s) hotel in Chinatown, the New American Hotel, or at various Japanese and Chinese restaurants. This was an extension of church for all the families as they were very close knit in those days with many living a short distance from church in outlying neighborhoods, Beacon Hill, South Seattle and Chinatown.”