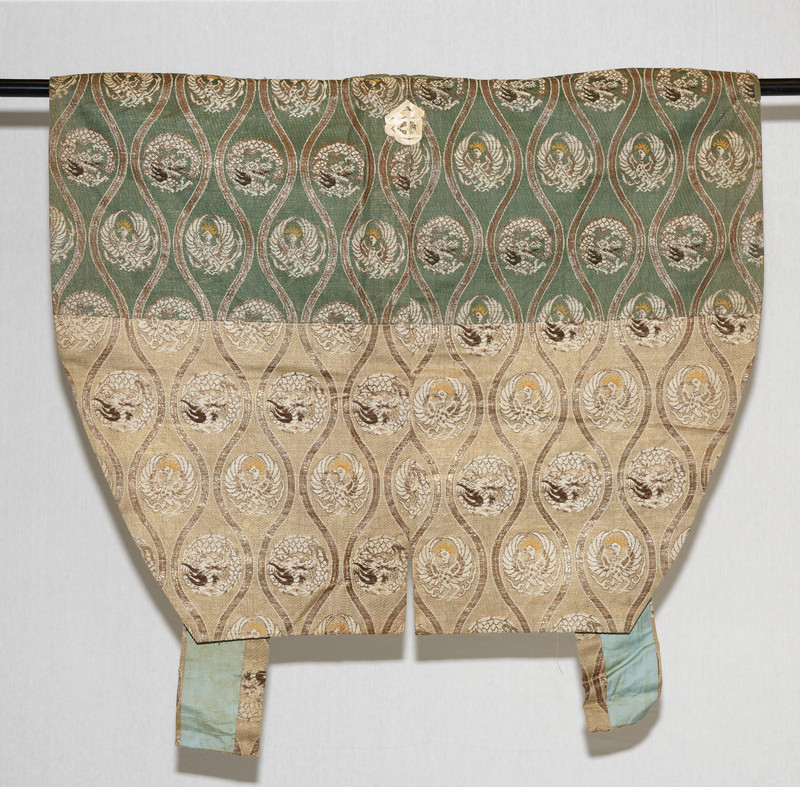 Combination of hakama pants and kataginu, a sleeveless jacket of green and tan brocade with a repeating phoenix and dragon pattern.

A sleeveless, cropped vest with very wide, extended shoulders, that is tucked at the waist of matching hakama. It is a formal, two-part garment that was worn by samurai and courtiers of the Edo period

“My dad loved being on stage and hamming it up. He was an actor at heart and enjoyed the community of actors he worked with. They were serious actors, but not really.

They all liked to entertain and didn't mind messing up their lines. I recall someone always sitting under the table or off stage cueing the actors if they missed their lines.

Although I was young, I remembered that they had a great time and used costume and make-up to help create the characters they were portraying. Folks helped with props, stage setting – it was a big deal to put on these plays.”

Although most shibai performers were not professionally trained, their passion for the stage was made clear with each performance. Ted Tomita, Sr., demonstrated this greatly, using his talents both in front and behind the curtain.